We cannot compare them on the basis of perceived superiority because they are both terrific places to live with excellent multicultural environments, high living standards, and outstanding quality of life. Let’s see a Better country for living in Australia vs. Canada.

This information will assist you in deciding between Canada and Australia as the best option. In order to achieve this, we focus on key elements of each nation, including its standard of living, cost of living, employment prospects, and wages.

Comparing living in Australia and Canada

It’s challenging to decide between Australia and Canada because both are great places to live. Living in each, though, has both benefits and drawbacks. We’ll appraise:

Advantages and Disadvantages of living in Australia

Advantages of living in Australia

Disadvantages of living in Australia

Advantages of living in Canada

Disadvantages of living in Canada

Similarities between living in Australia and Canada

These countries, despite their differences, offer many of the same benefits to people wishing to relocate:

Life quality in Australia and Canada

The criteria for quality of life are extremely high in both Australia and Canada. But there are numerous varieties.

A quick comparison between Canada and Australia

Depending on the region, Canada’s wintertime lows might reach 0°C or even below. Australia, in contrast, experiences nice summers and warm winters with never-below-zero temperatures.

If you like the cold, Canada is the place to reside, while Australia is the greatest location if you don’t.

Australia offers basic, secondary, and tertiary education at three different levels. It complies with the standards specified by the AQF’s 10 levels, which are as follows:

The annual cost of studying in Canada for an immigrant range from 2,000 to 30,000 CAD. You could spend between AUD 20,000 and AUD 37,000 for an undergraduate or graduate degree in Australia due to the higher cost of education there.

There are government scholarships available for local and international students in both countries. It takes a while to apply for and receive a response to a scholarship for a foreign applicant, so it’s best to do so well in advance of when you want to begin your studies.

Immigration is complicated by legislation in both Australia and Canada. But obtaining a visa for Canada is less difficult than obtaining one for Australia. Before purchasing a one-way ticket and leaving, be sure you have a work permit in your home country if you intend to work in either country.

The following table compares the immigration regulations in Australia and Canada:

In Canada, access to primary healthcare is free and provided by Medicare. Medicare eligibility requires that you have health insurance. In general, Canada’s healthcare system is affordable and kind. Study up on Canadian medical care.

All permanent residents of Australia have access to Medicare, which is a comprehensive healthcare system. To pay for expensive dental and specialized care that Medicare does not cover, many Australians instead choose to use private health insurance.

Applying for citizenship in Canada is possible after three years as a Canadian permanent resident. Nevertheless, you need to submit your tax returns and pass the citizenship exam.

You become eligible to petition for citizenship in Australia after three to four years of physical habitation as a permanent or temporary resident. To be qualified, you might additionally need to provide proof of employment. Also read about.

To reside in some provinces, you must speak French well.

Cost of living in Australia and Canada

According to the World Bank, Australia’s cost of living is 17.7% more than Canada’s. Despite its high incomes, Australia has some of the highest household expenses worldwide. The cost of living in Canada will be higher than in Australia:

In Canada, the average cost of raising a family varies by locality, province, and city. Some areas, like Saint-Jean-sur-Richelieu, can have a relatively low cost of living compared to major cities like Toronto.

The following is an illustration of some of your monthly costs if you decide to reside in Toronto:

In Toronto, the cost of the public transportation system is quite high ($145/month), although the cost of leisure and amusement is quite low ($500/month).

The following Canadian cities have some of the highest rents:

Australian prices rank as the 16th highest in the world, per Rabobank. Following Sydney in terms of cost of living are Melbourne, Brisbane, Perth, and Canberra.

You will need to budget roughly AU$220 per month to keep a small 85m2 apartment (electricity, gas, and water).  For a typical household, the annual cost of living in Australia is around AU$100,000.

The following chart displays the monthly average cost of living in Australia and Canada, respectively:

Job opportunities in Canada and Australia

There are many fascinating work options in both Canada and Australia for both citizens and visitors.

Among the 33 OECD nations, Australia was rated 20th in terms of the nations with the lowest unemployment rates. Its rate is 5.2% compared to the OECD average of 5.6% is lower. By 2021, it has fallen to a still-relatively low 7.43 in Canada.

With over 41,500 IT enterprises, Canada is the ideal location for IT professionals. The manufacturing, communication, service, and real estate industries are also expanding quickly.

The majority of foreigners prefer to work in Toronto; however, the best career prospects can be found in northern regions like Nunavut and Saskatchewan, which is more western-like. The highest demand and employment rates for skilled foreign employees may be found in Alberta, Saskatchewan, and Manitoba when compared to big areas like Montreal and Toronto.

In those industries where there is a shortage of trained labor, skilled experts from abroad are in a strong position to get employment (Migration Occupation in Demand List) MODL. However, if you have experience in one of the following fields, you will find employment in Australia very quickly.

For young individuals who want to spend some time in the country, farm work, fruit harvesting, and seasonal work are some of the most common jobs.

Additionally, there are lots of jobs available in those regions with strong labor demand, including:

Salaries in Canada and Australia

Due to a large number of white-collar occupations there, employers in Australia tend to pay greater wages than those in Canada. Affluent blue-collar jobs in Canada’s economy include those in mining, agriculture, and trades. Though the cheaper cost of living more than makes up for it, these jobs pay more reasonably.

In Canada, $15 is the highest hourly minimum wage. Canadian dollars amount to $1,106 on a weekly basis on average. Each year, every worker is entitled to two weeks of paid vacation.

Some of the highest-paying positions in Canada are listed below, along with information about them:

In Australia, you have the right to 10 days of paid sick leave and a 20-day minimum yearly paid leave as an employee.

Here are some of the highest-paying positions available in Australia, together with their salaries:

In Canada, the federal tax rate is:

Here is an overview of how to pay your taxes if you are single, childless, and make a gross annual salary of CA$87,552:

Australia has a lower corporate tax rate of 23.6%, however, when your income increases, your tax burden will also increase. Even though foreigners do not have a no-tax threshold and are excused from paying taxes if their income is less than AU$18,200, this rule does not apply to them. This is all about a Better country for living in Australia vs. Canada. 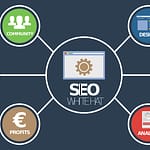 What SEO Elements Should I Focus on in Year 2022? 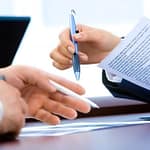 Ellis and Burlington Review – How It Stands out from Other Services

5 Advantages of Parking Bollards You Didn’t Know About