The State Bank of India (SBI) is one of India’s oldest, largest and most popular banks. The bank was established decades ago and has come to symbolize great banking practices. SBI has tens of millions of accounts of individuals and companies. People have come to trust the banking system of SBI for its simple and straightforward services.

Thanks to its incredibly efficient services, the SBI logo has become one of the most recognized logos in the country. From town and villages to cities and metropolitans, millions of people instantly recognize the blue circle with a white line from its centre to the bottom. People have been speculating for years as to what the SBI logo mean actually.

Today, SBI is the 43rd largest bank in the world and ranks 221 on the Fortune Global 500 list of 2020. This public sector bank remains the largest bank in India with an astonishing 23% market share by assets and 25% market share in loans and deposits. Besides, the SBI is also one of the largest employers in the country, with over 250,000 employees spread across its 22,000+ branches all over India. This is the concise SBI logo history. You can also refer to How to design a logo. 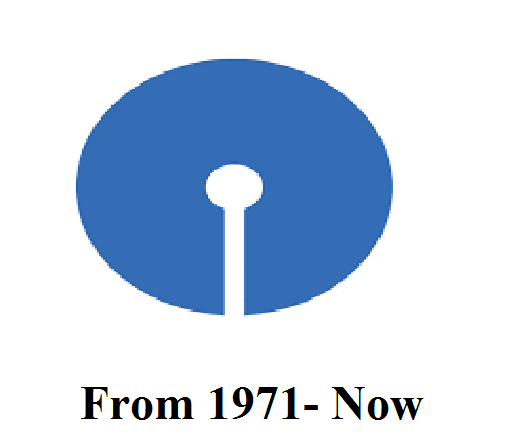 Initially, the Imperial Bank of India used a rounded logo with a crest of lions in the centre and the name of the bank gracing the round borders. However, in 1955, as the bank was renamed the State Bank of India, the logo was also changed to suit its expanding services.

The first SBI logo was quite simple. It was a circular emblem, with a huge banyan tree depicted in the middle, with the words “State Bank of India” imprinted on its borders in Hindi and English.

The big banyan tree was supposed to depict the strong roots of the bank. The branches of the banyan tree flowing out in all directions shows the stability, success and growth which is symbolized by the bank.

However, in 1971, the State Bank of India decided to re-invent itself. The new logo was designed by Ahmedabad-based designer, Shekhar Kamat, from the National Institute of Design. The SBI introduced its new logo for the public on 1st October 1971, the day the SBI Central Office building was inaugurated at the Backbay Reclamation in Mumbai.

The new SBI logo features a simple blue circle, with a round hole in the centre and a line from the centre to the bottom.

There have been several interpretations for the SBI logo, including:

The State Bank of India continues to grow at an astonishing rate, thanks to its incredibly improved banking services and incredibly efficient accessibility.