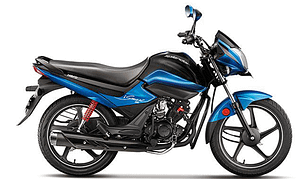 Commuter’s bikes are very popular in the Indian market. So much so, these are the only means of private transportation for no less than millions of Indians. This also makes it the biggest two-wheeler market across the globe.

Besides, given the current pandemic situation – where social distancing is a dire need – there are many Indian consumers taking the plunge to buy a motorcycle for the first time ever. So, if you’re one of those looking to purchase your first motorcycle – or your second commuter perhaps – this might be the right blog for you.

Amongst the Honda’s most affordable CD 110 Dream and Hero MotoCorp’s most selling 110cc offering, the Splendor iSmart 110, which one should you pick? Both the motorcycles have something unique on offer, which makes them quite distinctive in the segment. Let’s take a look at the detailed specification to help you know which one of these bikes should be the perfect addition to your garage.

After all, the entry-level commuter from Honda and Hero’s Splendor iSmart 110 are two motorcycles that have excellent sales numbers and are extremely reliable as well. While this makes for a great competition, it, on the flip side, makes it harder for the consumer to decide on a single product.

Before we talk about the styling of these motorcycles, it is to be known that these commuters are no-frills motorcycles, with little to no emphasis on the overall styling. Even then, the styling department remains to be a subjective matter. It’s the Honda that looks the more conventional of the two, be it with its narrow bodywork, flashy stickers, bland styling for the headlamp and taillamp, and plain alloy wheels.

On the equipment front, both the motorcycles – as you’d expect them to, at this price point – miss out on fancy electronics and lighting. Both get conventional analog instrumentation and, on the front of the electrical, both miss out on LEDs for the headlamp as well as taillamp. The Splendor, as its name implies, is a bit smarter than the Honda, as it gets the manufacturer’s fuel aiding i3s start-stop technology. It is also the only bike in this duo to feature a front disc brake in its top-spec variant. Regardless, both the bikes get CBS as part of the safety package. 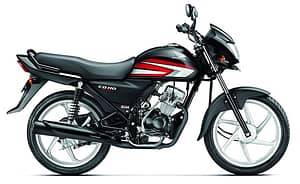 Powering the Honda CD 110 Dream is a 109.51cc engine, which is good for 8.67bhp and 9.30Nm of torque. The Splendor iSmart 110, on the other hand, gets a 113.2cc engine producing 9bhp and 9.89Nm of torque. Both come mated to a four-speed manual gearbox. As you can see from the on-paper figure comparison, the Splendor has a slight advantage over the CD 110 Dream.

However, Honda has a slight advantage in terms of its fuel efficiency. Where the Hero Splendor iSmart 110 is said to deliver 61km/l, the Honda CD 110 Dream is, as per our tests, capable of delivering 65km/l. This is despite the fact that the Hero motorcycle comes with a fuel aiding start-stop technology. Moreover, expect both these motorcycles to deliver equally in terms of their ride quality and handling. Both are proven to be excellent commuters within the city

So, which one of these bikes should you pick then? The Honda or the Hero? The only reason to pick the Honda over the Hero would be the extra fuel economy. On the flip side, the Hero gets better styling, a slightly punchier powertrain, a front disc brake on the higher-spec variant, and the proven reliability factor associated with the Splendor nameplate.

As for the pricing of both these motorcycles, both are priced quite close to each other, so the price wouldn’t be much of the deciding factor here. In our opinion, then, it’s the Hero Splendor iSmart 110 that seems to tick more boxes than the Honda CD 110 Dream, making it our pick of this duo. To read more comparisons like this, be sure to visit us at autoX.